Skip to content
A disc jockey, short known as DJ, plays live record music for live listeners. Most DJs include DJ, Radio DJ, Club DJ, who play nightclubs or music, and turntableists who use record players. Basically, disc jockey disc refers to gramophone records, but now DJ is used as a universal term for describing a person who mixes music recorded from a source with a cassette, CD or digital audio file on a CD or laptop. The DJ title is used by the name of their name or pseudonym. 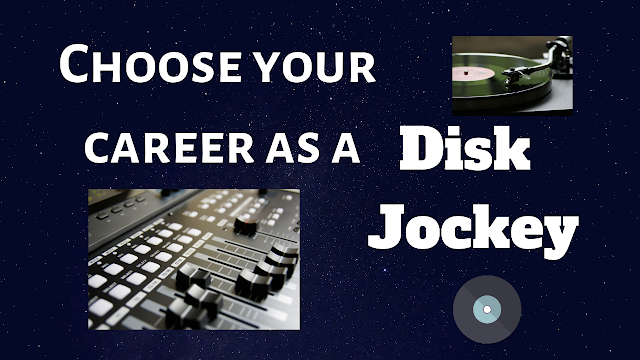 DJs or disc jockeys working on any event to entertain guests. They have been mixing local and foreign songs with their own preferences

Now DJ has emerged as a new craze among youngsters. There was a time when DJ Party was organized only on special days. But now it is being organized in the corporate world from family social programs such as Gahihlud, marriage, birthdays, wedding anniversaries, DJ Party’s. DJs or disc jockeys working on any event to entertain guests. They have been mixing local and foreign songs with their own preferences.

The popularity of the DJs in our country is increasing. As a result, many young people are trying to build a career in this profession. To be a DJ, there will be some special qualities, said DJ Babu Chang. If you want to be a DJ, you must have good possession of music. Besides keeping knowledge about noise and voice, listen to music by collecting popular music from home and abroad.

Regarding this, DJ Miraz said, “In the context of Bangladesh, there is a matter of family support in coming to this profession. So I think those who want to come to this profession, they must be over eighteen. There must be knowledge about pop, metal, jazz, hip-hop music. If you want to enrich yourself, then it is possible to get the idea of ​​doing a little bundle with different music players of the mobile. If you do not have any idea about music, then this task is a bit difficult. Alongside this idea, taking practical training in hand-to-hand training makes it easier.

Asked about the income in this profession, he said that earning in the DJ profession is not less than the income. But the income depends entirely on yourself. However, according to the eligibility a DJ can charge a minimum of 10 thousand rupees for a corporate show. And there is only Instrumental cost. So, the income is quite big in all.

Playing a Druze Music Special is a disc player. If you want to be a professional DJ, then you will need the instrument. The price will be Tk 1 lakh to 7 lakh. Bashundhara City shopping mall can be purchased from the World Music or Melody Showroom from the DJ’s disc play.

Besides, in our country, DJs, garage, ice gear, MNR, and many other institutions are training DJs. You can contact these organizations if you wish. There are different courses for learning DJ at Garage. It costs 15 to 50 thousand taka. The MNR will take a three-month course of Tk 15,000. To learn two months basic courses, the cost will be 12 thousand rupees.
Suppose, working on disc jockey in one of the events. But the guests of the ceremony were sitting on the back. Is this scene like a nightmare to a DJ? I asked D.J. Sonica said, ‘No nightmares. To me it is ominous. … no, no, no. It’s impossible! The way we give pleasure to man, it is not possible to sit on the ground.

The work of a dj is done by taking guests to any event. Disk jockeys or dishes do this by mixing or mixing different songs. Presently various concerts, events and even domestic events are being mailed to the DJs Bangladesh’s DESA is working outside the country. According to disc jockeys, if you want to be a DJ, there must be a very good idea about music. If there is any musical playing experience it will be useful.

DJ Rahat said, “There is now a lot of opportunities for the work of the DJs in Bangladesh. Many people have been successful in this profession. “The DJ has become very popular in this country for a long time. Does this trend of Western culture still look bored? DJ Rahat took the question, ‘It will be. Those who used to sing the band early in Bangladesh, they also heard many things. It takes a while to accept something new. Those who know well about this trend of culture, I believe they will accept it. ‘

DJs use tools that can play at least two sources of recorded music simultaneously and mix together in recording to create odd conversions and to create unique mix of songs. Often, these music sources involve aligning beats so that their rhythms play together when the clash does not make or enable a smooth change from one song to the other. DJ often uses special DJ mixers, mix other songs from one song to small audio mixers with crossfader and cue function or Change mixers are used to listen to recorded music sources in headphones and match music playing That is to adjust the upcoming tracks. DJ software can be used to combine audio files on a computer instead of a console mixer with a DG controller device. DJ can use a microphone to talk with viewers; Reverb to create effects such as sound effects and electronic musical instruments such as drum machines and synthesizers.
A person who is an recreational facility that uses radio broadcasts or music as a component.

Thanks for visit my Blog