Skip to content
Media is the medium of all types of collective media, which are used technically in the mass contact program. Broadcast Media, which is known as Electronic Media, sends their information with the help of electrical equipment. Television, film, radio,CD, DVD and other convenient small and handy tools such as camera or video are stored. As well as printed media, external content is displayed in newspapers, magazines, brochures, newsletters, books, leaflets, pamphlets. Photographs or photographs also play an important role in visual representation.

Television stations or publishing companies, which are identified as media, use and control modern technology as an organization.  Mobile or cell phones, computers and the Internet are many The time was termed as a new-era media. The internet has already gained widespread recognition as one of the mass media in its power. Through this, many types of services – especially e-mails, web sites, blogging, internet and television publicity campaigns. That is why many media footage is seen on the web site. Television advertisements have been added to the website or sports-based organizations publish addresses for inspiring viewers to visit their website. Billboards, signs, placards as external media are presented in the commercial and commercial buildings of more commercial and commercial buildings. Events organized in the presence of public assemblies and special events are also a type of media. 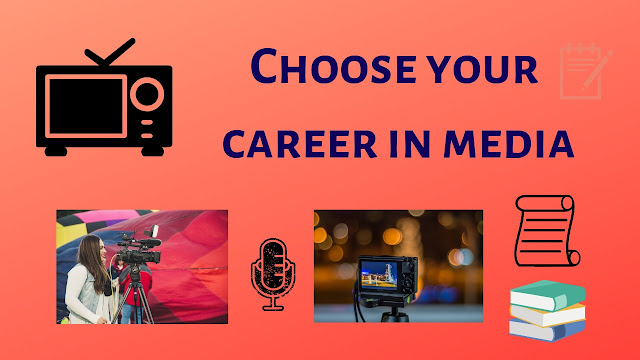 By the end of the 20th century, the media was divided into main sections. They are – books, newspapers, magazines, holding equipment, radio, movies, television and the Internet. In the late 20th and early twentieth century, questions about the type of media have arisen. It is assumed that the division of the media will definitely increase further. Already there is a debate on cell phones, video games and computer games as a media presentation. In the twentieth century, the media was known as Seven month media.
The current 7 media in that section is –

Each media has applied its own business importance and application, including their uniqueness, creativity, technicolysis. For example, with the use of many other techniques including website, blog, podcast in the Internet system, it has occupied the top position in the networking world in general.

As the 6th and 7th media, the Internet and mobile are often termed as digital media. As the 4th and 5th medium, respectively, radio and television are considered as broadcast media or broadcast medium. Some are trying to describe the video games as mass media.
The history of the Internet began in the sixties. But the real internet technology has improved in the eighties. Now the situation has happened that many people have life without internet, meaningless. So, the internet, like food, clothes, shelter, education and medicine, has become the basic need of people now, experts say. With the improvement of information-technology around the world, the diverse activities of business and market economies, including personal and social contacts, have increased greatly through online or internet. In this context, the online newsportal or online media has become very popular due to instant communication to the public. All other types of daily, weekly and monthly journals have been added to the online edition by opening or opening their own websites, even if they are not removed from the print.
Because there was a time when the details of the events of the previous day were found, in the day’s newspaper. Now, for the sake of information technology people are getting almost immediately news and abroad news. I do not have to wait as before. The online news portal of the country is playing an important role in providing immediate and fresh news. Because of the sound as well as the necessary video footage, online newspapers can work on broadcast and print media simultaneously. So this media is called multimedia. If there is only an internet connection, mobile or computer can be found anywhere in the home and abroad.
Another great feature of online media – it can bloom with the character of radio, television and newspaper news stories together. Here hearing, philosophy and print can become barky together. After listening to radio or television, there is no chance to hear for a second time. But here it is heard repeatedly, seen, reads. Small text can be enlarged, big text can be shortened. Already this powerful media has taken part in the media, newspapers, radio and television. All the mediums now have ‘online version’. However, there is no separate radio, television or newspaper online. Probably not necessary. Online itself can appear on three features.
And so, due to the online news facility future newspapers printed in the world are skeptical. In fact, with the existence of the newspaper, the situation of radio and television is also compromised. According to the survey, online decades of television due to decrease. Especially due to the video sharing site (YouTube, Facebook Video, Dailyization) and multimedia media, young generation is required to meet these television instead of visiting the site. As a result, the audience of television is connecting them through these things. However, in the newspaper, several daily newspapers of the Western world, including the influential British daily Guardian and New York Times, have been completely removed from their print media by online media. But initially, the cost of economic expenditure was a major factor in the decline of the magazine. But according to experts, there is still time left for this condition of television.
Now the question is, the radio, the television could not leave the newspaper. Can the newspaper protect its kingdom by facing online threats? World debate over this There is also debate in our country. The elders say that the newspaper is not dead. The new ones say, what is the harm if the newspaper is displaced? There is no obstacle in getting news online. Environmentalists have voiced their voices. They are anti-clogging to destroy trees for newspapers. There are visually different differences between the old and the new. Desperate to read the news of the elderly on the digital wall. The new generation is technologically friendly. They are reading all the newspaper articles from the book, entering the big library, finding the books that are preferred. The book is also buying books. There is no need for hand-in-hand newspapers in the new generation. When a family’s parents visit their child’s new story of news paper, then the child says that he is online that night. Technologies are interested in sending books online in the digital library more than the new generation libraries, online news from the newspaper. Experts say that emerging new generation as the main reader of online, due to which they will become very strong will become very strong.This will cause online news for daily newspapers to be challenging.
In the face of strong dominance in the online world, newspapers have been facing crisis. Once, the American News News Week has gone on for 80 years, now it has been forced to stop its print. News Week is meant to refer only to online versions. The newspaper in the western world is shrinking day by day. Now there are new publications available online. That is comfortable. The young generation of Bangladesh is watching the news online now. But the newspapers of Bangladesh did not come at risk, the reason is obvious. The computer has not yet reached the general level. Those who have computers at home have not been computer-friendly. On the other hand, the expansion of the communication structure in rural Bangladesh, where the newspapers are entering. For that reason the newspaper market is inaccessible. But due to the wide spread of mobile phones and its advanced networking technologies, the Internet is more dynamic and expanded. It has been developed online to provide quick and instant news to the people. As a result, leaving the newspaper in the Western world, there will be an exception. The longevity can be long. So it is very well said that the future media will be multimedia online portal .

Thanks for visit my Blog